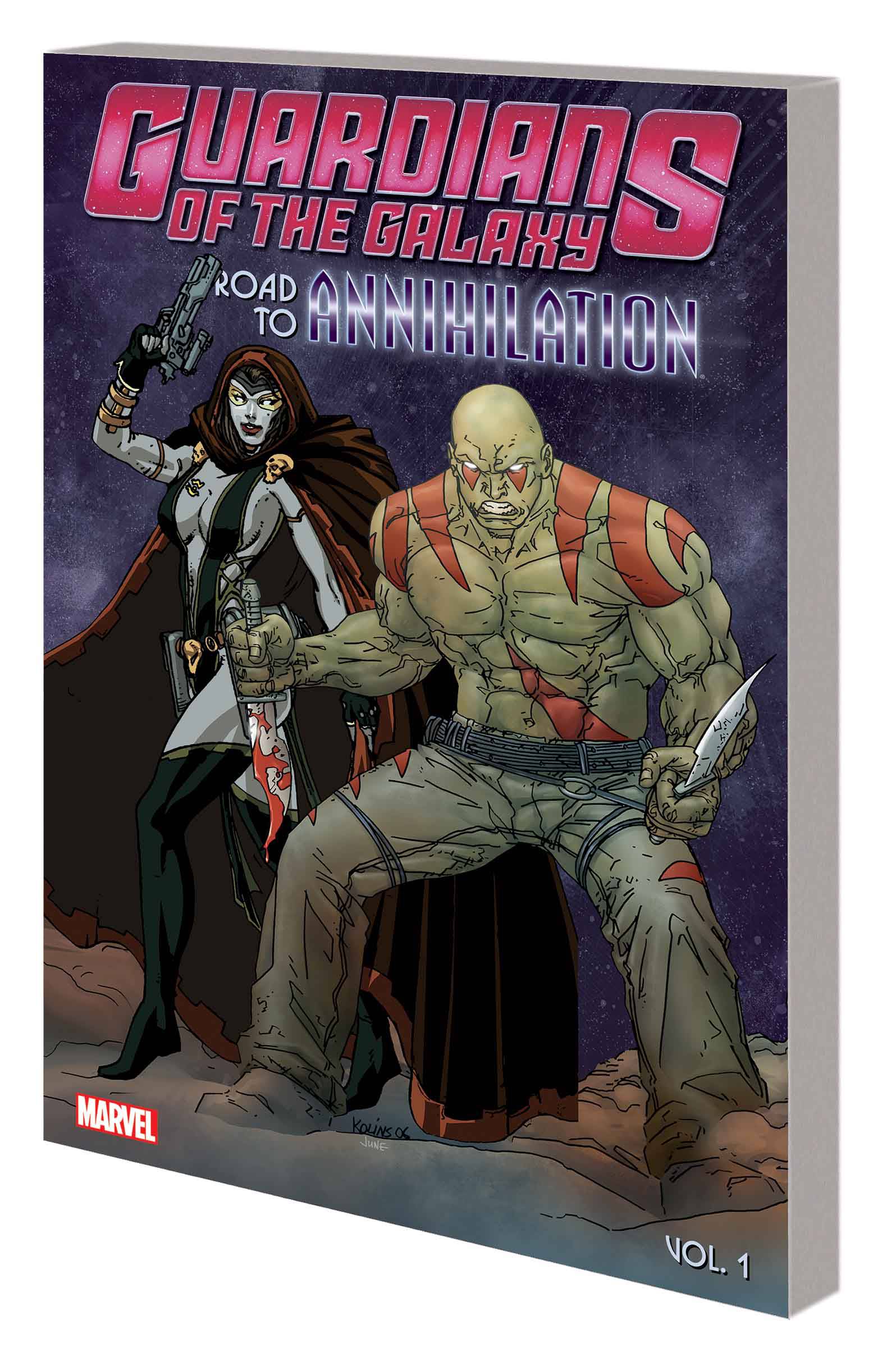 OCT161025
(W) Various (A) Various (CA) Scott Kolins
She's the deadliest woman in the galaxy. He's the ultimate destroyer. Together, they're two of the Guardians' heaviest hitters. Now, find out what Gamora and Drax got up to in the years before the ANNIHILATION events united the team! Adam Warlock's latest resurrection brings his Infinity Watch allies back together - but will Gamora or Drax become an enemy? Drax's battle with a new Captain Marvel will plunge them both into the Microverse! When Thanos seeks to send all reality spinning into the abyss, Gamora joins an assemblage of heroes including Warlock, Spider-Man and Doctor Strange to stand in the Titan's way! And when She-Hulk takes on a case in space, Drax and Gamora are drawn into a trial of universal law! Collecting WARLOCK (1998) #1-4, CAPTAIN MARVEL (2000) #4-6 and #15-16, INFINITY ABYSS #1-6, and SHE-HULK (2004) #7-8.
Rated T+
In Shops: Jan 11, 2017
SRP: $34.99