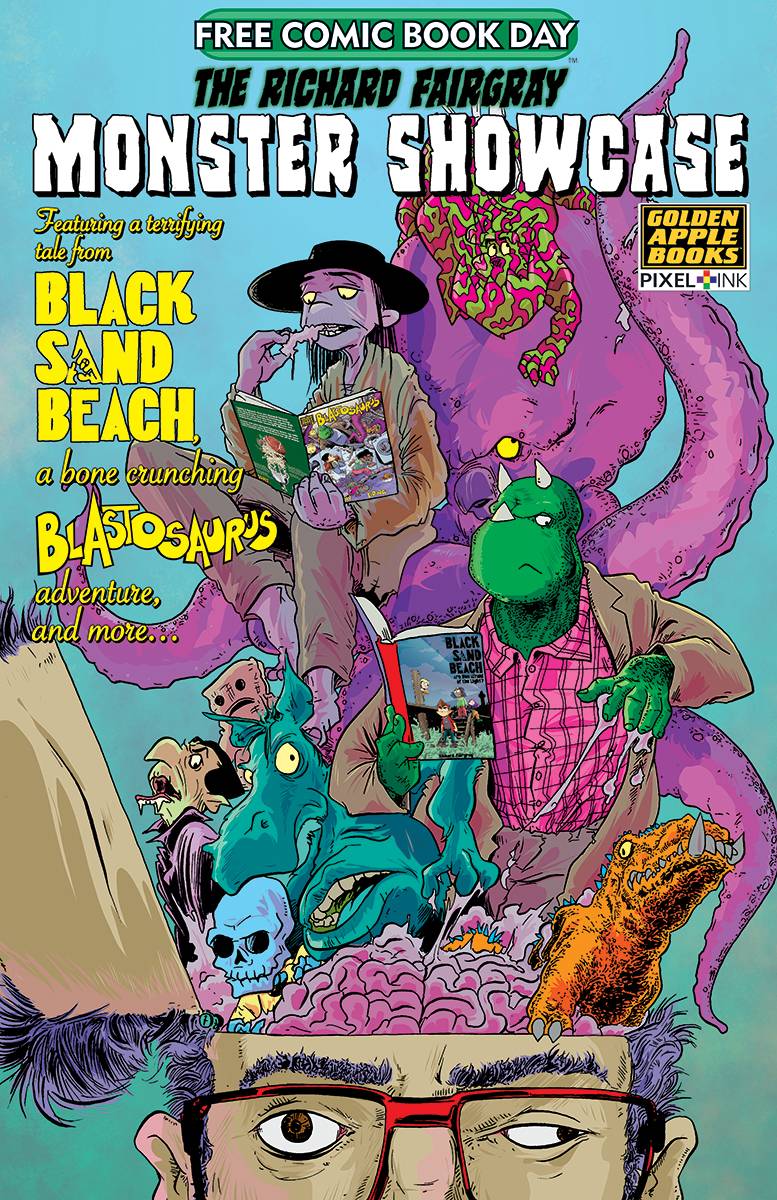 JAN200025
(W) Richard Fairgray (A/CA) Richard Fairgray
Two stories - and a few extra monstrous tales - from the mind of Richard Fairgray! First is an All-New Blastosaurus: There is barely a person in Freak Out City who he hasn't saved from a monster or robot or internet scam. Yup, Blasto is just a likeable hero, unless of course, you're one of the monstrous villains he's repeatedly defeated. Introducing the Monsters Against Blasto the Ugly Triceratops: Tailed Heroes Usually Ruin Things Society (M.A.B.U.T.T.H.U.R.T.S for short)! Every one of these monsters has tangled with our saurian hero and every one of them has a story to tell. Also, a sneak peek from the highly anticipated Black Sand Beach OGN, as the nightmares continue for Dash and his crew at his family's beach house. Forever warned by the grown-ups to stay away from the Mulchucks, their creepy neighbors, it's hard to escape them. Rated 8 & Up.
Rating: All-Ages
In Shops: July 29, 2020 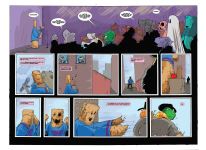