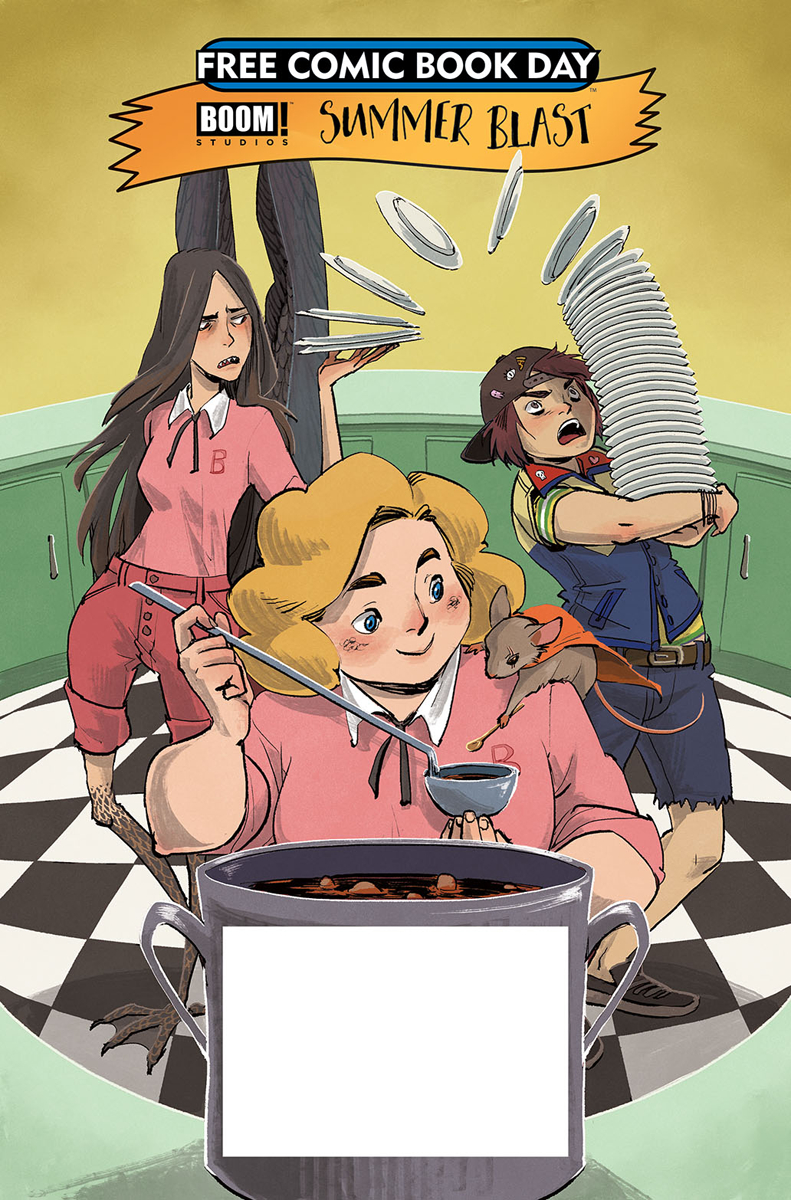 JAN170003
(W) David Petersen, Sam Sykes, Liz Prince (A) David Petersen, Selina Espiritu, Amanda Kirk (CA) Kyla Vanderklugt
BOOM! Studios Summer Blast is jam-packed with three stories of mice, monsters, and one supernatural punk band. In an original Archaia short story of David Petersen's Mouse Guard, a pair of youngfurs learn a lesson from a grizzled guardmouse on what it means to be a hunter. Next, get a sneak peek of the upcoming KaBOOM! series Brave Chef Brianna. To prove herself as a great chef, Brianna starts her own restaurant... but the only town she can afford to set up shop in is Monster City! Finally, the Lumberjanes introduce your new favorite BOOM! Box series Coady and the Creepies. Coady and her sisters are members of a band heading for the gig of their lives... so long as no one realizes that Coady is actually a ghost! [ALL AGES]