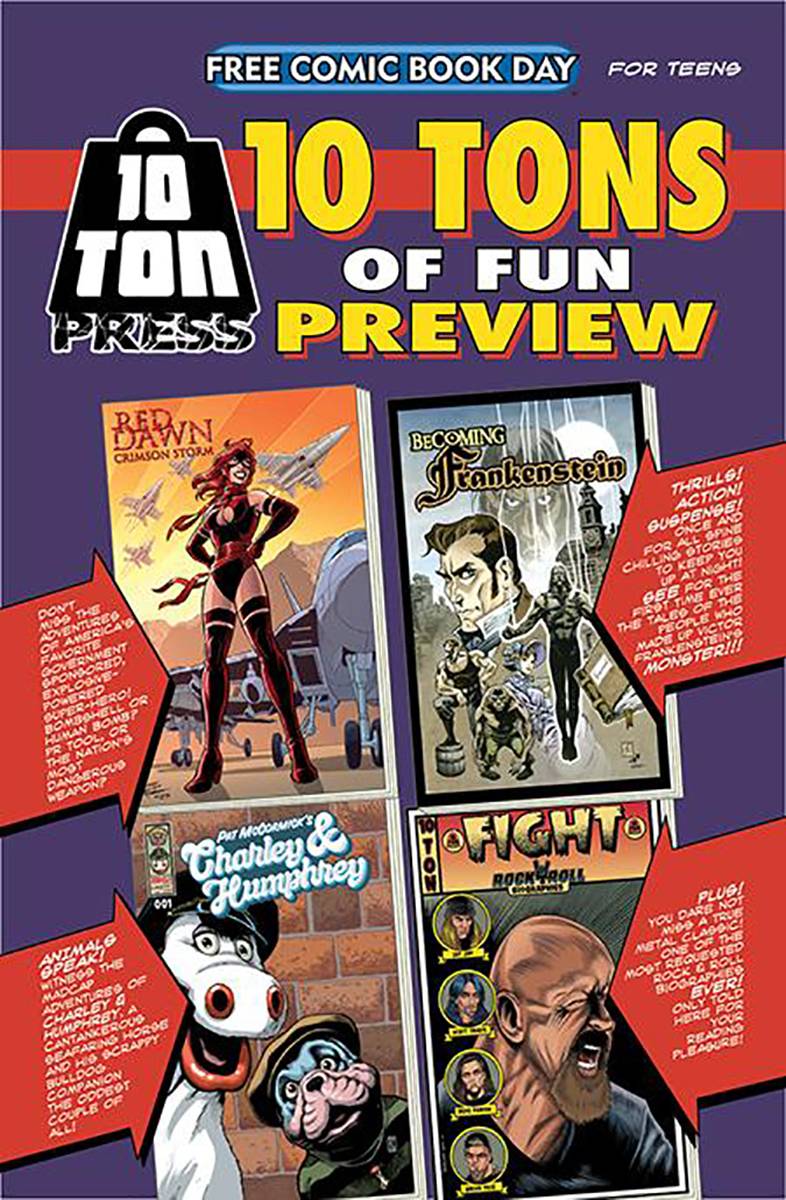 APR210042
(W) John Hageman, Mel Smith, Brandon McKinney, Greg Boucher, Justin Sane (A) Bill Anderson, John Hageman (CA) Darick Robertson, Ross Hughes (A/CA) Brandon McKinney, Frank Cirocco, Gerhard, Victor Moya
Four titanic tales of pure fun and entertainment for everyone to enjoy! First up. It's no dog and pony show here! Bringing back the iconic puppets from the San Francisco Bay Area "Charlie and Humphrey"!! The modern-day Gumby and Pokey! A true love for al ages featuring a tale by Justin Sane and John Hageman! Next up is "Red Dawn" Written and created by Brandon McKinney, with inks by Bill Anderson and vibrant colors from Ross Hughes!! The government has created the first "controlled" superhero doing the bidding of a shadow operation until things go bad leaving our hero to blame and now on the run. The following story is only exclusive to this FCBD edition. Written by Greg Boucher and illustrated by Victor Moya they bring you "Rock and Roll Biographies: FIGHt" See how a troubled Rob Halford leaves the world biggest heavy metal band to form his own supergroup and take metal back!! Our last preview is written by Mel Smith, illustrated by Frank Cirocco/Alex Sheikman and hand colored by Gerhard! "Becoming Frankenstein" takes down the journey of a troubled Victor Frankenstein as he grieves the loss of his mother while harvesting the body parts of victims to create life again for his monster! Learn the tales of the victims and who they were before they became what becomes Frankenstein's ultimate creation! : This will be the only edition to feature this Rock and Roll Biographies story featuring FIGHT