FCBD22 Interview: Time Travel Gets a Shake Up in Scout Comics’ The Electric Black 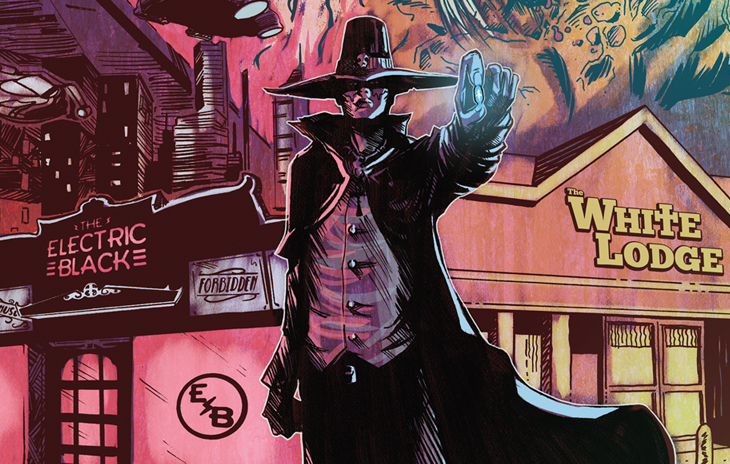 Julius Black and other extraordinary individuals, identifying as the Children of Caine, traverse time and space inside an eerie magic emporium. Their mission? To collect mystical objects and provide a safe harbor for the last of their kind. But a new adversary threatens the intergiry of their mission and their entire existence.

We caught up with series creators Joseph Schmalke and Rich Woodall to learn more about what inspired their extraordinary (if, a little supernatural) characters, what to expect in the pages of the Electric Black, AND to rifle through some really fun rapid fire questions!

Joseph Schmalke: The Electric Black Children of Caine #0 is a horror comic about a curiosity shop run by a shadowy proprietor and extraordinary staff. The shop itself travels through time and space collecting and distributing cursed and magical artifacts.  It’s a great jumping on point for new readers and If people want to catch up the story it takes place directly after the events of Electric Black Dark Caravan #1. 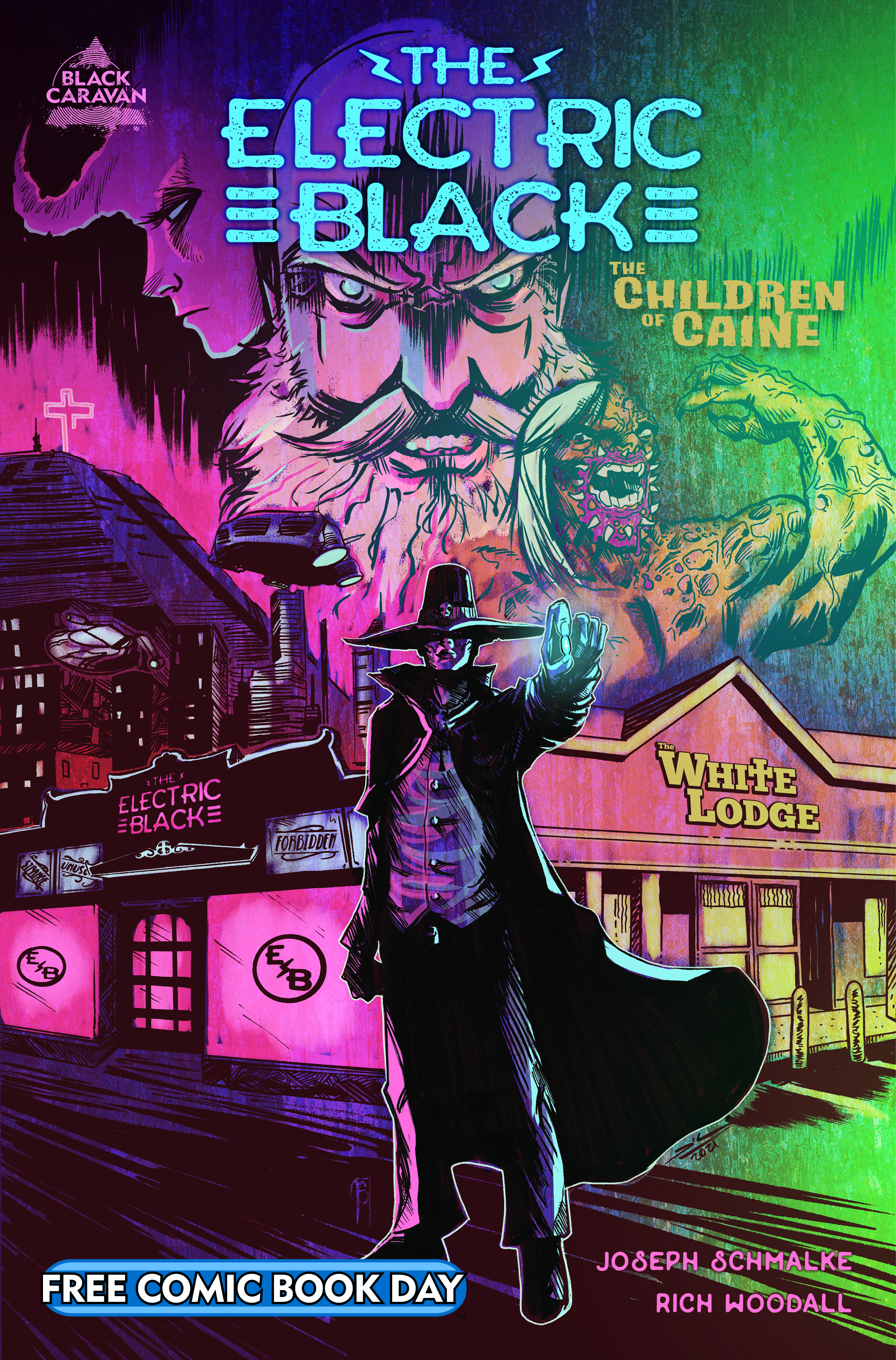 Joe: That the world isn’t clear cut and themes of good and evil are challenged regularly in this title.

Joe: I like that with the Electric Black you can be in ancient Babylonia one minute or a futuristic landscape the next. Every issue can be something and somewhere totally different.

Joe: The Electric Black itself was inspired by themes from Tales from the Crypt and Vault of Horror with Julius initially acting as a sort of Crypt Keeper. Over time that quickly changed as we grew to love the characters we were creating and instead of making a true anthology we have created a horror story with anthology elements.  Julius was initially part of another project called Cherry Blackbird. He looked and acted completely different.  As we collaborated, we each brought some of the best and worst parts of Julius to the story. Jack was inspired by Brother Theodore (famous comic from the Burbs) and a general love or history and wanting to involve Jack the Ripper in our cast.

Joe: Nothing is as it seems.  You will be surprised by the end of the story arc for Children of Caine.

Joe: Amazing spider man #252 I was really attracted to the new look of spider man.

Rich Woodall: Classic X-men #17 the image of wolverine on the cover drew me in.

Joe: Creative freedom.  World can be as big as you want, and you are only limited by your own skill and imagination.

Joe: There is a comic out there for everyone.  Whatever you are into. Also, stimulate your brain people!

Joe: Morning! I’m garbage in the late afternoon.
Rich: Both

Joe: No
Rich: Not for long 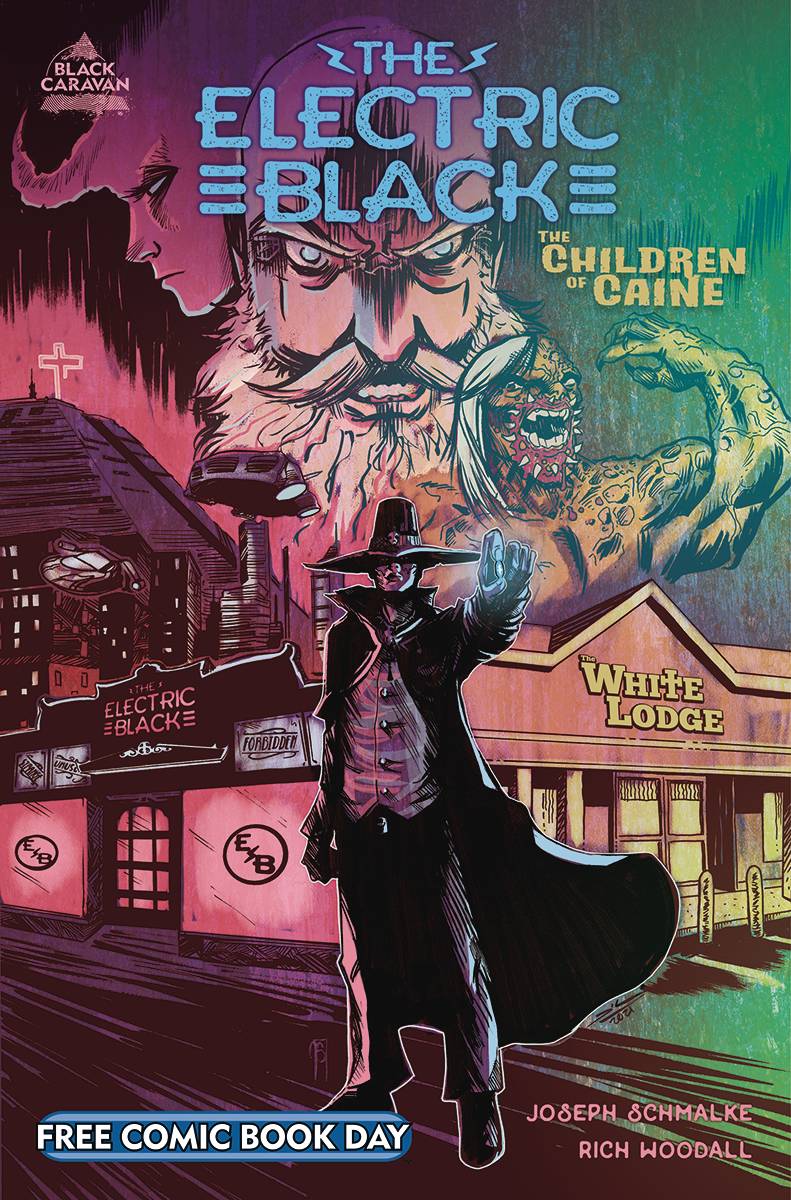 JAN220036
(W) Joseph Schmalke (A) Joseph Schmalke, Rich Woodall
Julius Black and other extraordinary individuals identifying themselves as the Children of Caine traverse time and space inside an eerie emporium. Hunted for centuries to near-extinction, their mission is to collect mystical objects and provide a safe harbor for the last of their kind. The store's original owner, Erebus, has returned with a relic that could change the fortunes of these outcasts. Father Tomaso, the leader of White Lodge, sets a plan in motion to overthrow these Children of Caine and wipe magic from existence. The lines between good and evil, light and dark, are blurred in the continuing story of The Electric Black.
Exclusive Original Material
Rating: Teen (or Teen+)

Marvel's Biggest Story in 2022 Kicks Off This FCBD Next Article