The Free Comic Book Day (FCBD) Committee has selected the eleven Gold Sponsor comic book titles for the comic book industry's most anticipated annual event: Free Comic Book Day. FCBD will return to its traditional “First Saturday in May” event date in 2022. The celebration is set to take place at local comic shops across the U.S. on Saturday, May 7, 2022

“This year’s lineup of titles has something for every kind of comic fan,” said Ashton Greenwood, Free Comic Book Day spokesperson. “We’re excited for FCBD to return to the first Saturday in May, and we can’t wait to celebrate the day with another incredible line up of comic book titles. We hope fans will safely visit their local comic shops to celebrate and to pick up a few of the great titles available this year.”

The full line-up of this year's comic books will be released on Thursday, December 16, when thirty-five additional FCBD Silver Sponsor titles are announced. A complete listing of all forty-six FCBD titles can also be found in the January 2022 issue of Diamond Comic Distributors' PREVIEWS catalog, on sale at comic book shops on Wednesday, December 29. 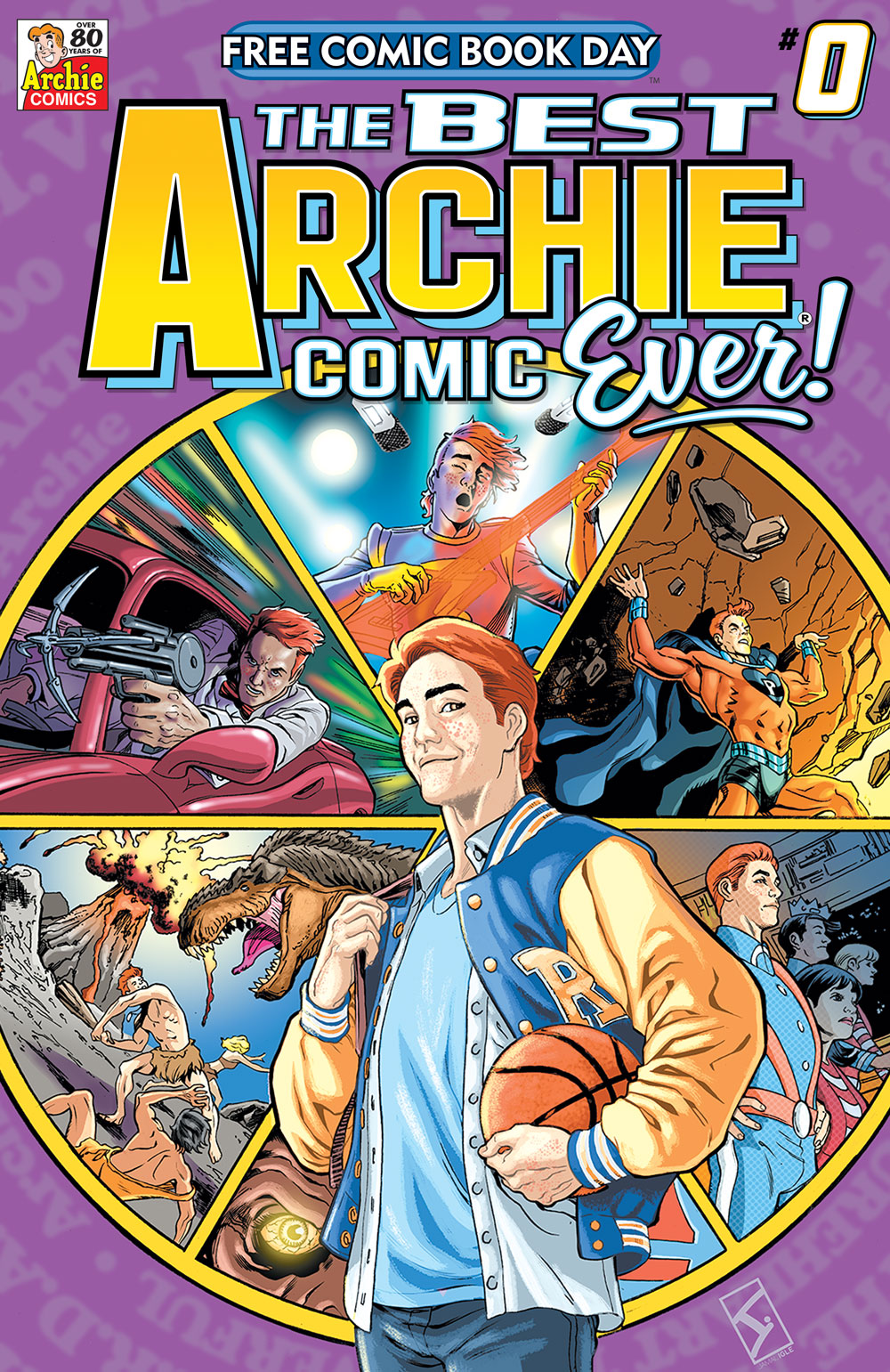 A new dawn of Archie is upon us! Archie Andrews has forever been known as an everyman. He's your average teenager, and that's what makes him so well-liked. But it doesn't take a super-scientist, super-hero, or super-spy to see that Archie is anything BUT average! This title serves as a special sneak peek at what's to come from Archie Comics' new series of anthology titles. Get in on the ground floor of a new era of Archie with this special issue zero title. For FCBD, AWA Studios is laucnhing an exciting new tale, bigger than anything they’ve done before! Details are being kept under lock and key for the time being, but freecomicbookday.com will have all the newest info and updates as they become available, so make sure to check back over the coming months. This FCBD, it's the 25th anniversary of Buffy the Vampire Slayer! What better way to celebrate 25 years of Buffy than with a high school yearbook? This Free Comic Book Day special, in actual yearbook format, is a retrospective of your fan-favorite character moments from the past two decades. Celebrate the Chosen One, the Scoobies, and all your faves through yearbook photos, vignettes, and plenty of jokes and lighthearted moments from an array of artists and writers. 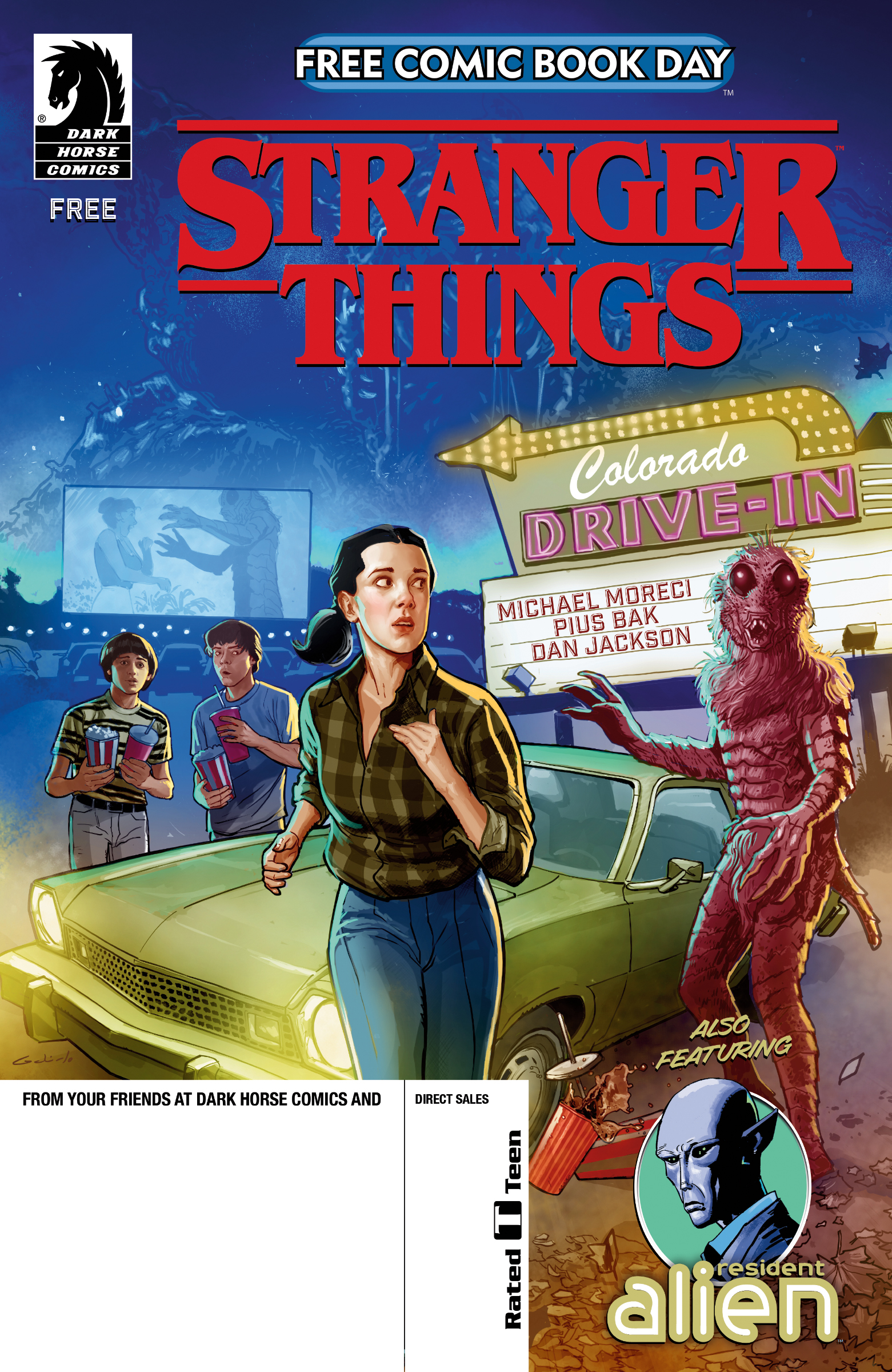 Dark Horse Comics is celebrating the weird and wonderful, bringing you stories both strange and alien! In Stranger Things, Eleven, Will and Jonathan go to a drive-in theater for a double creature feature, but the local festivities and scary costumes bring back haunting memories. Then, in Resident Alien, Dr. Harry and nurse Asta help an elderly patient in the small town of Patience investigate a ghostly presence in her house! 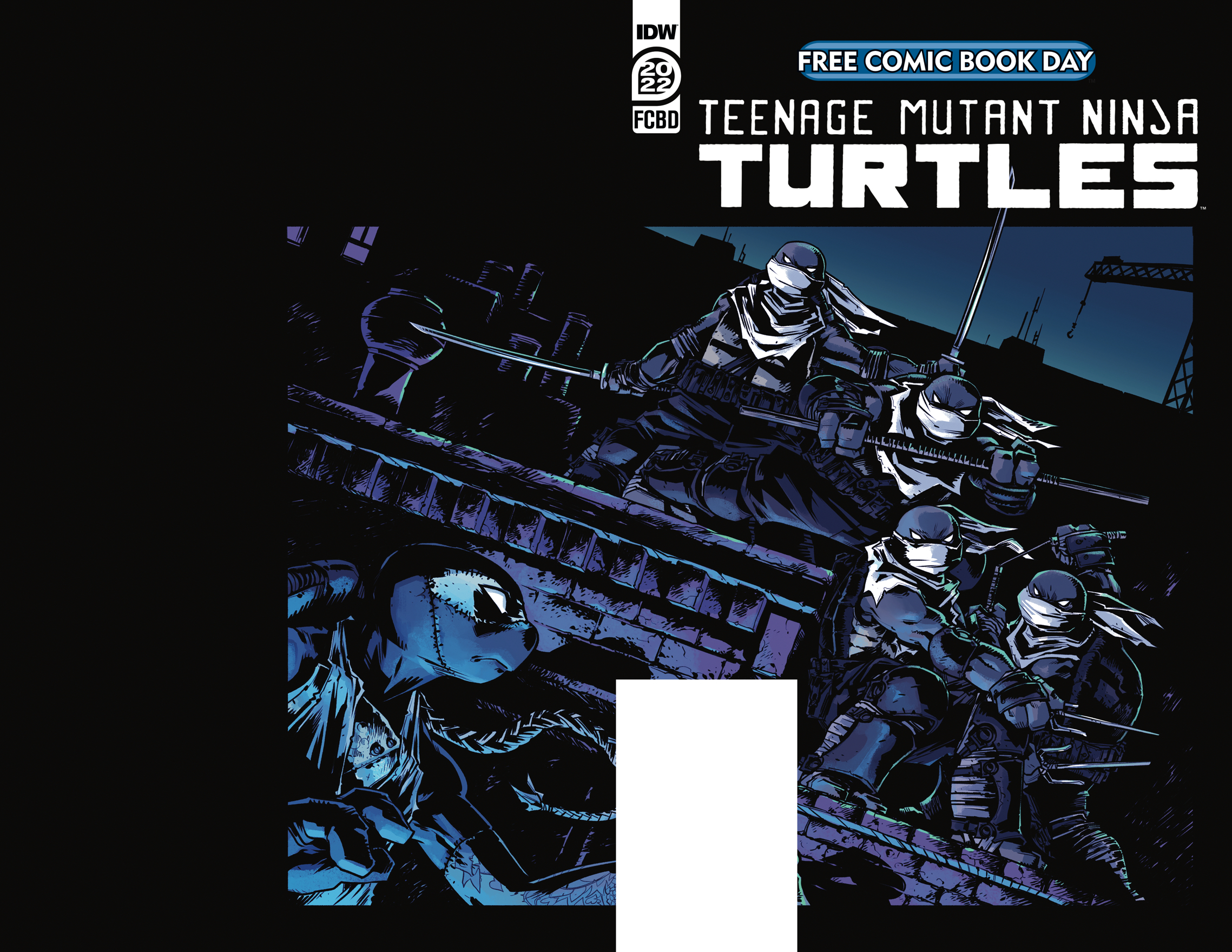 The Ninja Turtles have broken out of the locked-down neighborhood of Manhattan known as Mutant Town, but which Ninja Turtles? As all new mutants terrorize NYC, enemies and allies of the TMNT prepare for a confrontation greater than any that has come before: the Rat King's diabolical Armageddon Game! The TMNT event of 2022 starts on Free Comic Book Day! A troubled writer books a secluded cabin on a serene lake in an attempt to get away from his troubled marriage and looming deadlines. But what he doesn’t know when he arrives is that he is already in the cabin. In fact, he may have always been there. Face-to-face with his own demons, the writer discovers the first terrifying pieces of The Bone Orchard Mythos a sprawling, new, interconnected horror universe from the Eisner Award winning team of Andrea Sorrentino and Jeff Lemire!

On Free Comic Book Day, get an exclusive preview of two new manga stories. With thrilling scenes of Japanese hip-hop dance and quirky, charming characters, Wandance is a new, inspirational coming-of-age manga perfect for fans of Blue Period and Your Lie in April. Blackguard is a dark, post-apocalyptic fantasy from the creator of Devils' Line, Ryo Hanada. Two tales inside one comic that you won’t want to miss! 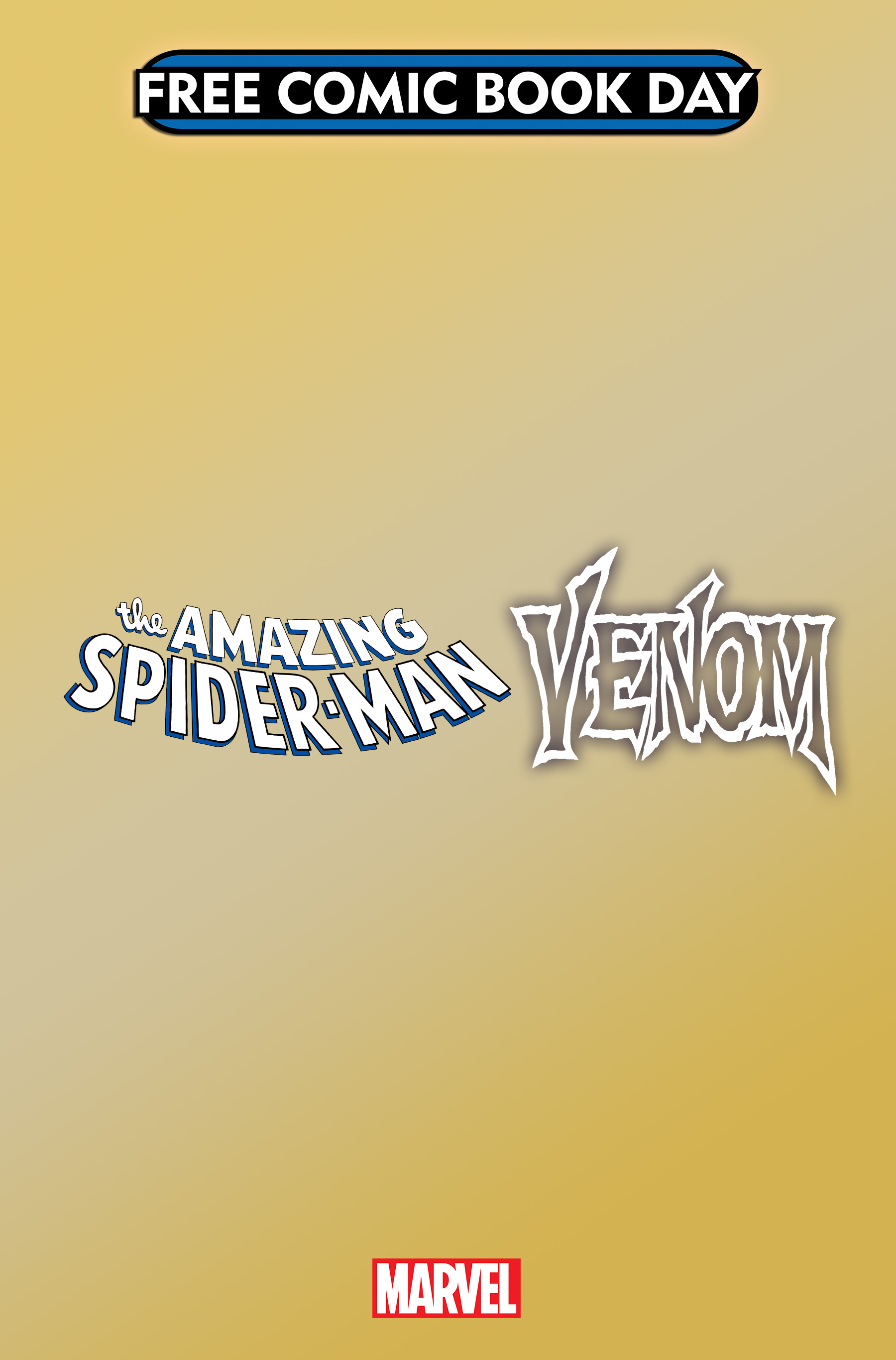 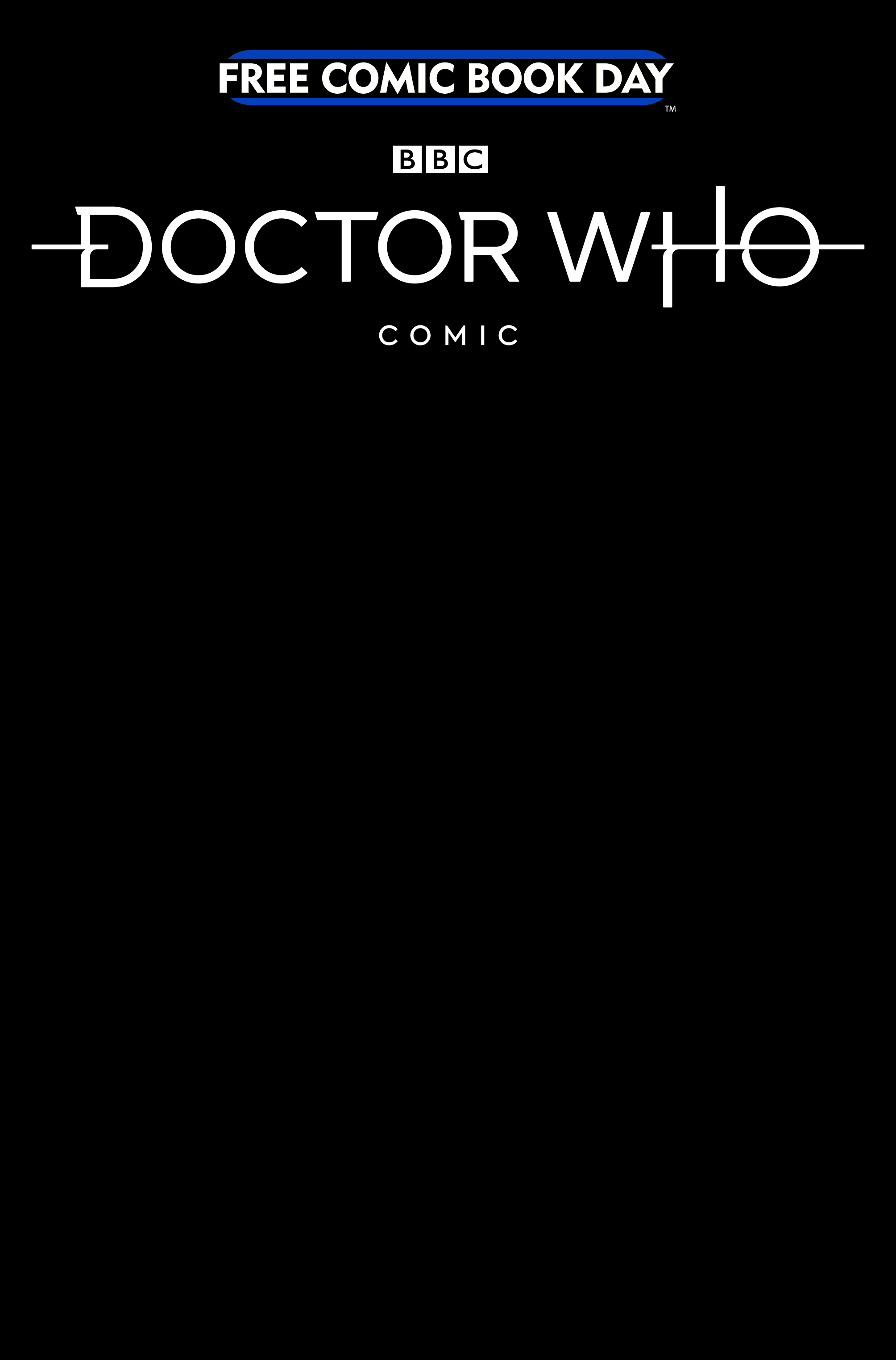 Set off on an epic new adventure with the traveling Time Lord! This issue serves as a lead-in to the explosive new story arc that reveals the very early years of the Doctor. Past, present and future all collide in a Doctor Who tale that is sure to be out of this world! With the highest kaiju-emergence rates in the world, Japan is no stranger to attack by deadly monsters. Enter the Japan Defense Force, a military organization tasked with the neutralization of kaiju. Kafka Hibino, a kaiju-corpse cleanup man, has always dreamed of joining the force. But when he gets another shot at achieving his childhood dream, he undergoes an unexpected transformation that leaves him wondering: how can he fight kaiju now that he’s become one himself? Then, in Sakamoto Days, Taro Sakamoto was once a legendary hit man considered the greatest of all time. Bad guys feared him! Assassins revered him! But then one day he quit, got married, and had a baby. Now, he’s living the quiet life. But how long can Sakamoto enjoy his days of retirement before his past catches up to him?