February PREVIEWS Gems of the Month Here's the scoop on the February PREVIEWS Gems of the Month! Have a look at what's available to preorder now from BOOM! Studios, Dark Horse Comics, Dynamite, IDW Publishing, Image Comics, Marvel, and more. All shipping to comic stores starting in April.

Pre-Orders for these big titles are available now at your local comic shop! 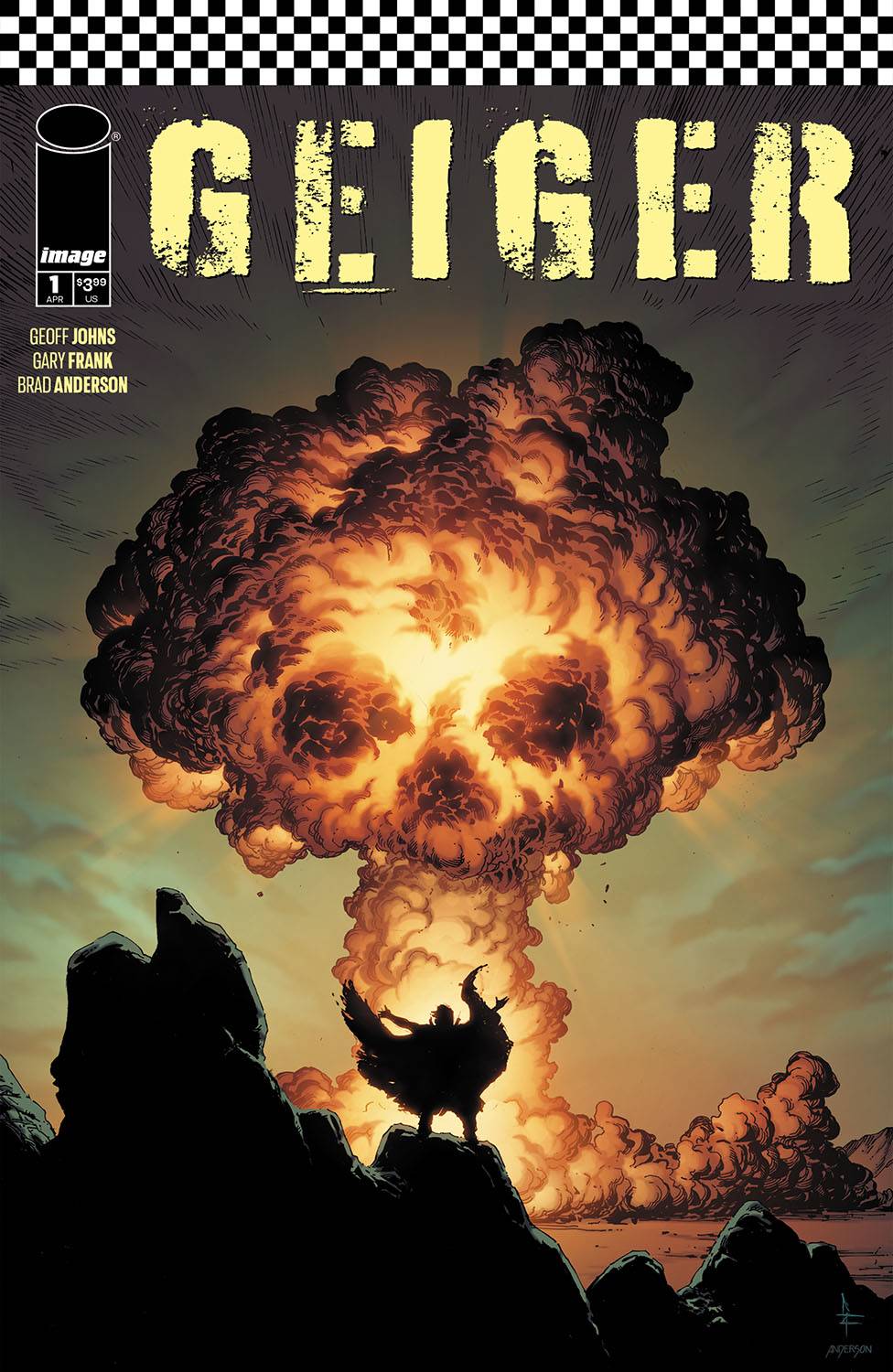 FEB210009
(W) Geoff Johns (A/CA) Gary Frank
Industry heavyweights GEOFF JOHNS (Superman, Green Lantern, Batman: Three Jokers) and GARY FRANK (Superman, Supergirl, The Incredible Hulk) of DC's DOOMSDAY CLOCK reteam for what will be one of the most anticipated new series of 2021 in the forthcoming GEIGER. This mind blowing new series will take local comic shops by storm in April from Image Comics.

Who are the scavengers of a dying earth? GEIGER is set in the years since a nuclear war ravaged the planet, desperate outlaws battle for survival in a world of radioactive chaos. Out past the poisoned wasteland lives a man even the Nightcrawlers and Organ People fear. Some name him Joe Glow, others call him The Meltdown Man. But his name... is Geiger.
In Shops: Apr 07, 2021
SRP: $3.99
PREVIEWS Page #32 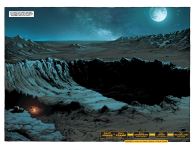 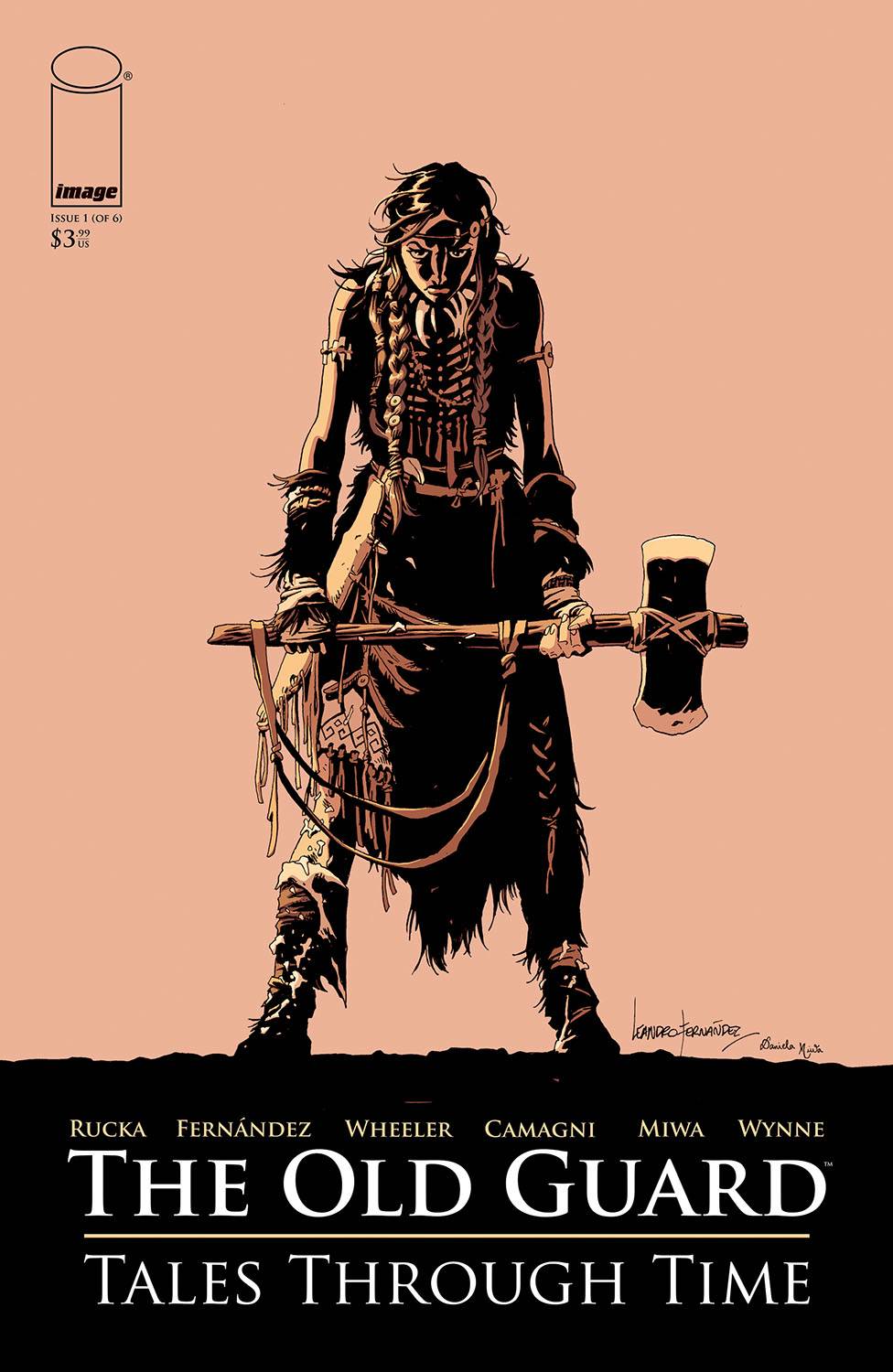 Andromache the Scythian-a warrior over six thousand years old, who has fought more battles than she cares to remember-has kept one constant companion through her long lifetime of combat...her labrys. Andy's battle axe takes many forms, and many lives, in its centuries at her side, a story told by THE OLD GUARD creators GREG RUCKA & LEANDRO FERNÁNDEZ.

Meanwhile, Nicolo "Nicky" di Genova and Yusuf "Joe" al-Kaysani, lovers since they tried (and failed) to kill each other in the First Crusade, spend an evening at Berlin's famed Eldorado nightclub in the twilight era of 1932, sharing drinks with drag queens and fistfighting Nazis in an all-new story by writer ANDREW WHEELER (Another Castle: Grimoire) and JACOPO CAMAGNI (NOMEN OMEN)!
In Shops: Apr 21, 2021
SRP: $3.99
PREVIEWS Page #36
BEASTS OF BURDEN OCCUPIED TERRITORY #1 (OF 4) CVR A DEWEY
DARK HORSE COMICS 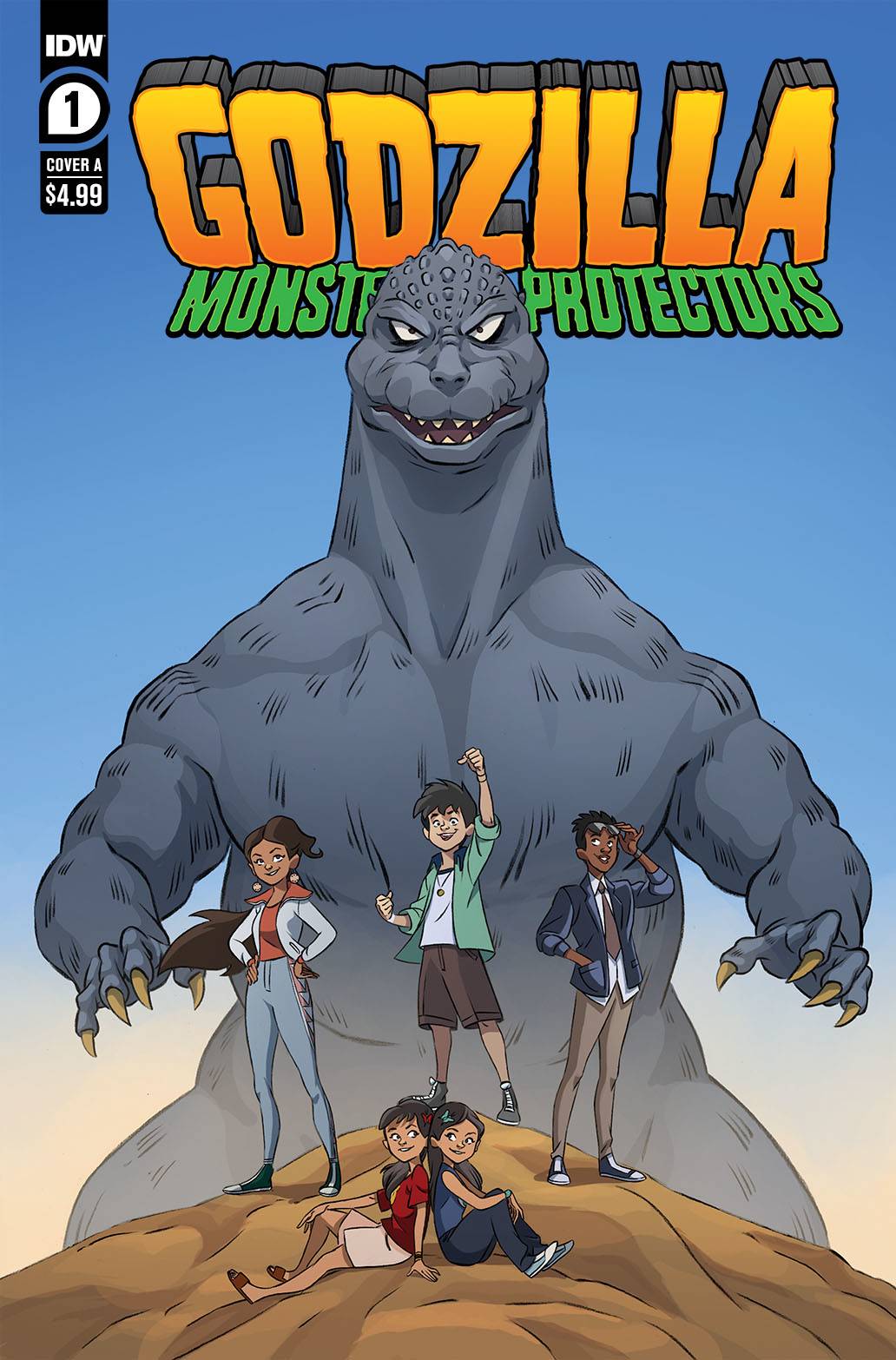 "Rise Up!" Part 1: When a coldly single-minded businessman uses an untested element to create clean energy for a profit, he inadvertently awakens the beast from the deep--Godzilla! Sensing the harm the new energy poses to the planet, Godzilla attacks the heart of the problem--humankind! It will be up to three intrepid middle-school students--with a little magic help from Infant Island--to show Godzilla that not all humans are bad... and that there is still hope for Planet Earth. Reuniting the blockbuster creative team of writer Erik Burnham, artist Dan Schoening, and colorist Luis Antonio Delgado (Ghostbusters), Godzilla: Monsters & Protectors promises to romp and stomp fans--old and new--of the greatest kaiju ever like never before!
In Shops: Apr 21, 2021
SRP: $4.99
PREVIEWS Page #119
MLP TRANSFORMERS II #1 (OF 4) CVR A TONY FLEECS
IDW PUBLISHING 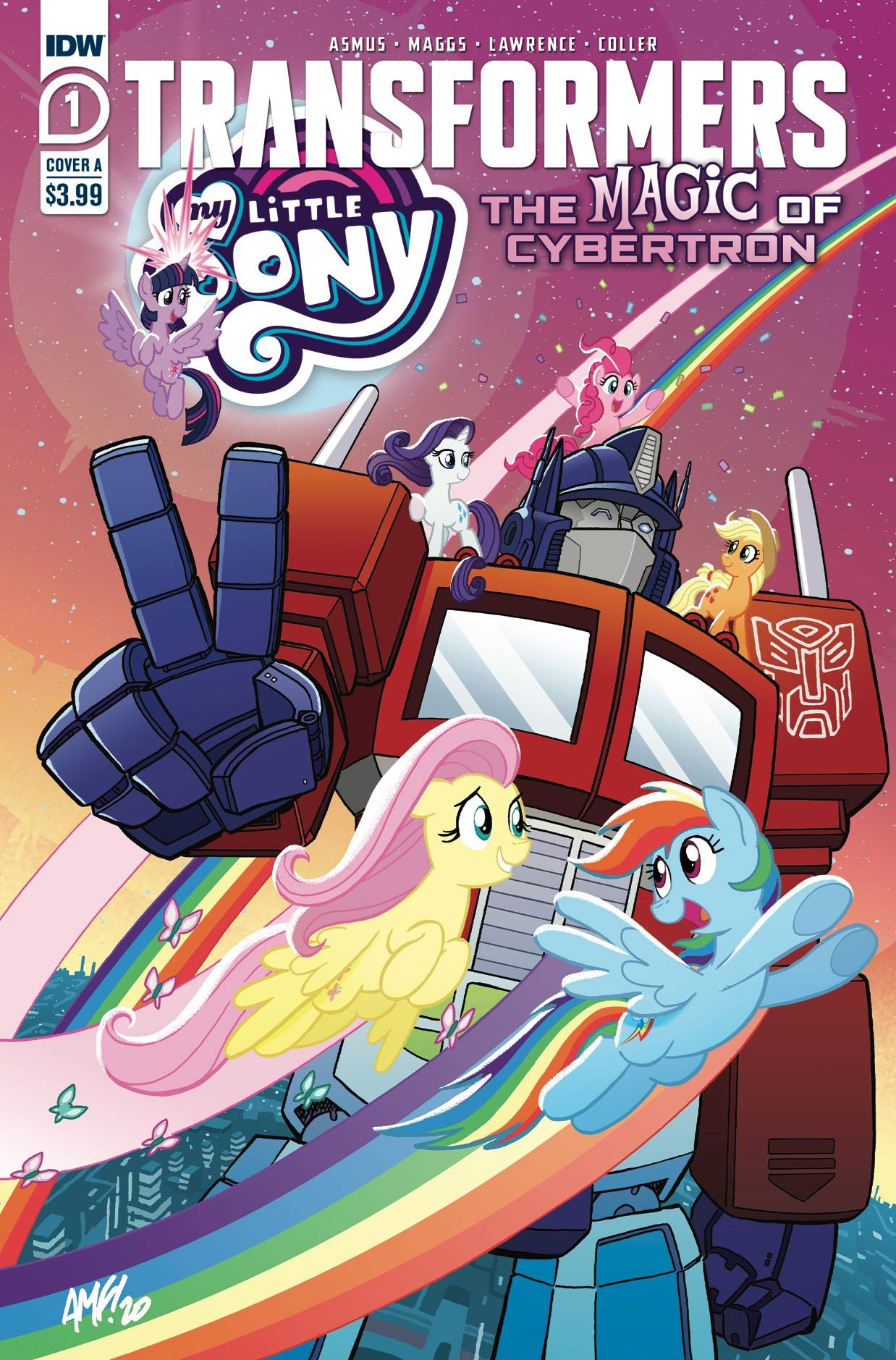 FEB210437
(W) James Asmus, Sam Maggs (A) Jack Lawrence, Casey Coller (CA) Tony Fleecs
While using a modified Space Bridge to bring magic to Cybertron, the Decepticons end up unleashing a more powerful evil from Equestria than they ever could've imagined-looks like the only way out of this one is to team up! More ponies, more bots, and more magical mayhem as two worlds collide in the return of this hit crossover event!
In Shops: Apr 07, 2021
SRP: $3.99
PREVIEWS Page #113
GUARDIANS OF THE GALAXY #13
MARVEL COMICS FEB210537
(W) Al Ewing (A) Juan Frigeri (CA) Brett Booth
A NEW AGE OF SPACE STARTS HERE!
They were soldiers, misfits, mercenaries, thieves and a family. They were heroes... but times have changed. The galaxy no longer needs heroes.
It needs super heroes! Now, when the call goes forth - whether it's from a stranded team of planetary explorers or Emperor Hulkling and his Kree/Skrull Alliance - the Guardians of the Galaxy answer!
The New Age of Space brings a new artist! New headquarters! New costumes! New teammates! And an all-new enemy you'll have to see to believe! Get on board, true believer - it's going to be the ride of your life! 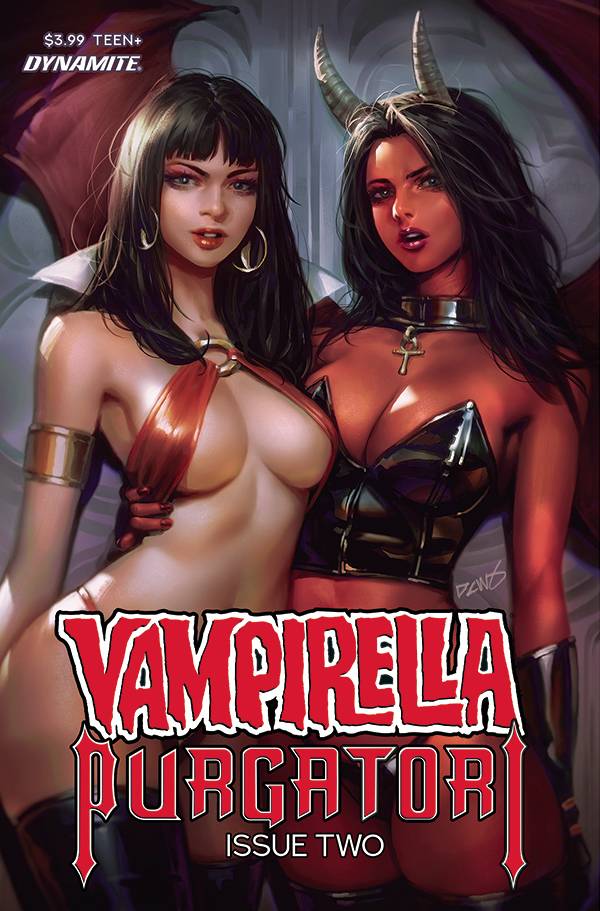 FEB210708
(W) Ray Fawkes (A) Alvaro Sarraseca (CA) Derrick Chew
So yeah.  Vampirella and Purgatori. Vampi, the Vampiri with a conscience and Tori, the lady-shaped creature who eats conscience. Working together? Not really. Working towards a common goal, while considering tearing each other's throats out, more like!  And that common goal is to stop Lilith and her near-infinite minions from having their rough, rude way with the entire human race. The stakes are big enough... and sharp enough. Everybody's in... it's time to ante up.
In Shops: Apr 28, 2021
SRP: $3.99
PREVIEWS Page #136
MAGIC THE GATHERING (MTG) #1 CVR A SCALERA
BOOM! STUDIOS 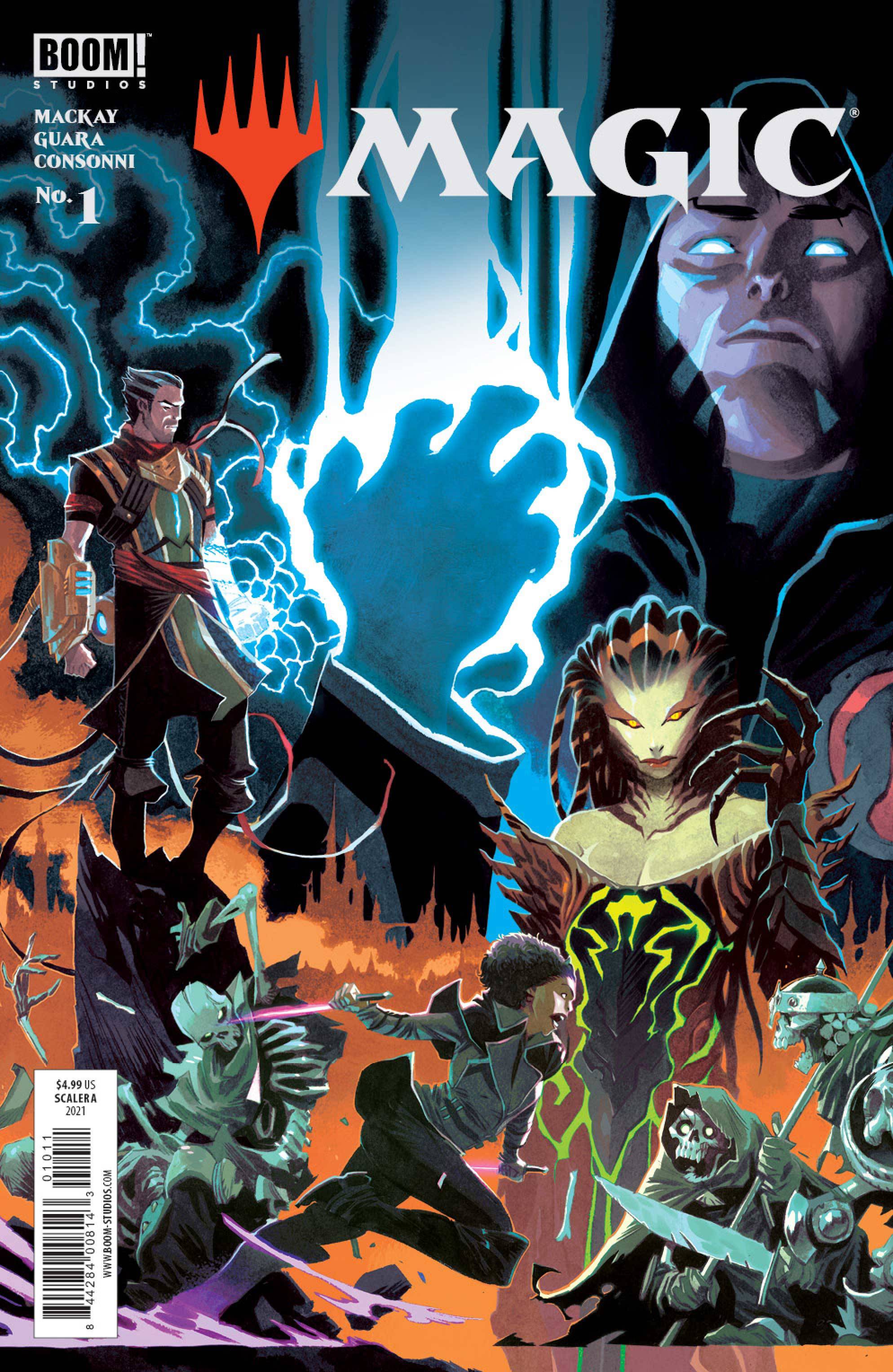 * Across the vast Multiverse, those gifted with a "spark" can tap into the raw power of Magic and travel across realms -they are Planeswalkers.

* When coordinated assassination attempts on Guildmasters Ral Zarek, Vraska and Kaya rock the city of Ravnica and leave Jace Belleren's life hanging in the balance, a fuse is lit that threatens not just these three Guilds, but the entire plane of Ravnica.

* Now these three must covertly infiltrate the wild plane of Zendikar and form a tenuous alliance to uncover why the targets of the assassins have all been Planeswalkers... 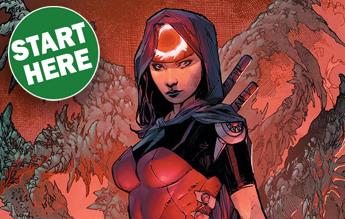 A new month means new first issues to read! Check out these five new releases coming to stores this Wednesday!